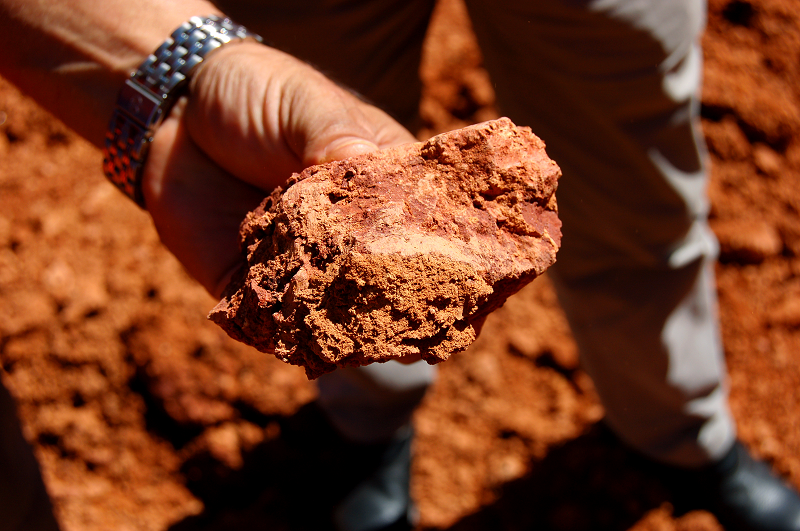 Bauxite, have you ever heard of it? Maybe you haven’t. But surely you are familiar with everyday goods made of bauxite derived materials, such as cans, cars or foil?

Aluminium is produced via alumina smelting. In 2017, world production of aluminium ingots was approximately 131.1 million tonnes per year, out of which 48 % is produced of primary aluminium production (the remaining comes from recycling). Alumina originates from mined bauxite ore refining and is mainly produced via the Bayer process, which also leads to generation of bauxite residue. For every tonne of aluminium, approximately 1.6 up to 3.0 tonnes of bauxite residue is generated depending on the content and composition of the starting material. This waste has been produced since the development of the alumina and aluminium industry in the late nineteenth century and is still a large industrial residue in modern society.

Developing and implementing effective storage and remediation programs remain not only essential but also economical interesting, as the bauxite residue inventory grows by approximately 120 million mt per annum. Handling this residue is a complex process, as the chemical and physical properties are determined by the nature of the bauxite and the effect of the Bayer process.

Processing of bauxite leads to a complex mix of waste

Bauxite residue is mainly composed of iron oxides, titanium oxide, silicon oxide and un-dissolved alumina together with a wide range of other oxides which vary according to the country of origin of the bauxite. The high concentration of iron compounds in the bauxite gives the by-product its characteristic red color, hence its  historical  name ‘red mud’. A wide range of other components are present at trace levels in the bauxite, especially metallic oxides such as those of arsenic, beryllium, cadmium, chromium, copper, gallium, lead, manganese, mercury, nickel, potassium, thorium, uranium, vanadium, zinc and a wide range of rare earth elements. Some of the elements remain un-dissolved and hence eliminated with the bauxite residue, whilst some are soluble in the Bayer process and either built up in the Bayer liquor, or will precipitate along with the aluminium hydroxide. The composition of this waste includes also additions introduced during the Bayer process (Calcium and Sodium Oxides).

What to do with Bauxite waste?

There have been dedicated large efforts to utilize the bauxite residue generated in the Bayer Process throughout the entire history of alumina production. This can be initially achieved either by recovering additional products from it, or by using the residue as it is. As storage, remediation, rehabilitation and monitoring costs rise, and land space becomes a scarcity, (disposal to sea is no longer practiced in Europe), then the drive to utilize bauxite residue as much as possible increases. A multitude of patents have been issued and abundant number of attempts have been undertaken on different uses, from which some of applications have been commercialized. However, matching the amount of produced bauxite residue arising annually with possible commercial applications still remains unsolved. In many cases the possible uses involve replacing another low-cost raw material, but whilst the concept may be technically feasible, the costs and risks of using bauxite residue are not favorable. Among the many applications that have been evaluated, some future uses seem to have the largest potential: soil amelioration, cement production, iron recovery, landfill restoration, road construction and as partial ingredient of building materials. 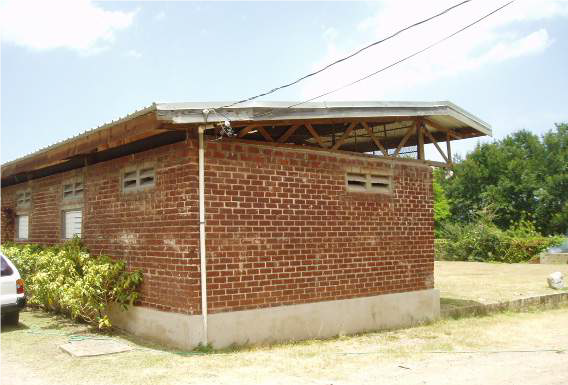 Figure 3. Building at the Jamaica Bauxite Institute with bricks made from bauxite residue

From red mud to green topsoil

To achieve a sustainable recovery, both the waste handling and the remediation should be revised. An important barrier to recreate the vegetation in a former mining area and to create long term sustainability, is the residue’s high alkalinity, making it only suitable for certain types of plants. Many projects have been started concerning the residue’s pH reduction and remediation. Studies show that the most promising pathway for in situ rehabilitation would be bioremediation, based on strategies developed for saline-sodic soil, with a focus on enhanced surface rehabilitation techniques.

An example of a remediation case can be found in Alcan (now Rio Tinto), with a long history in Jamaica. On this site the first alumina plant (Kirkvine) was constructed in 1952, with a second in 1959 in Ewarton. In 2001 Alcan sold its bauxite mines and alumina plants in Jamaica, but kept responsibility for many of the bauxite residue sites, with the intention of safely remediating them to an agreed standard and transferring ownership to the Government of Jamaica. The agreed objective was maximum biodiversity rather than housing or agricultural use. After starting the project with several trials, the seeding of specific seeding flowers lead to promising vegetative development on the once contaminated land. These results show that it is possible to regrow nature, but that it takes effort and time for the balance to be restored.

Nowadays one of the biggest problem seems to be the utilization time for  Operational plants producing an annually average of 1,000,000 t of bauxite residue year needs  a lot of space for storing these materials. Rehabilitiation of the area will start when the site is closed, so assuring the availability of the area necessary is important for sustainable recovery.

There are many projects and initiatives which focus on minimizing the waste through its utilization or/and producing alumina with zero-bauxite-residue methods, hence contributing to a greener and more sustainable metal industry throughout the entire supply chain. The AlSiCal project proposes instead a new technology that can provide new routes to produce alumina by the Aranda-Mastin technology, with ZERO bauxite residue production. The idea is to extract aluminium from other sources than bauxite rocks, with much lower iron content, avoiding thus the generation of bauxite residue, and co-producing additional valuable materials.

Are you interested in the specifics and details of bauxite waste management? You can read everything in the full article Bauxite Residue Management: Best Practice, written by World Aluminium and European Aluminium.

This project has received funding from the European Union’s Horizon 2020 research and innovation programme under grant agreement No 820911
We use cookies to ensure that we give you the best experience on our website. If you continue to use this site we will assume that you are happy with it.Ok